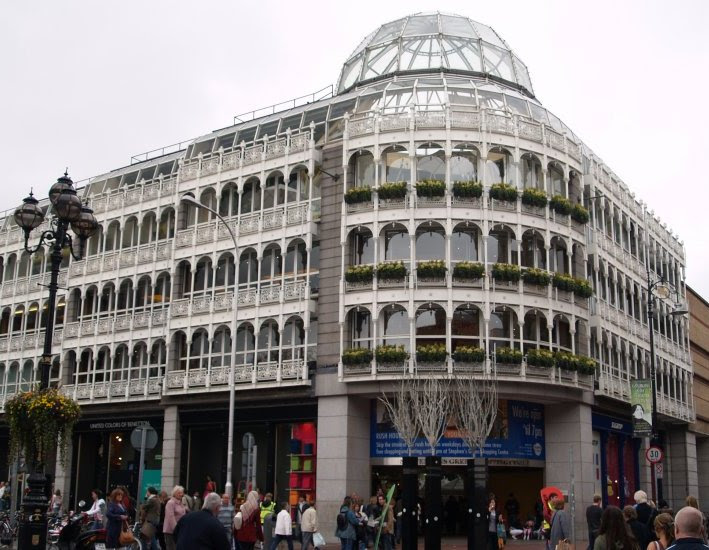 There is a cafe on the first floor which has a great view of Grafton Street and Stephens green. There's also the option of heading down to the Duke to sketch the Rugby supporters (where I will be),
if you want to keep an eye on the game.

We'll meet at 4pm at the Duke bar for coffee or a pint to look at each others sketch pads over coffee.

Hope to see you there!
Sarah
Posted by Dublin Sketchers Group at Friday, February 08, 2013